After the tragic incident with Malala back in 2012, when she was shot while travelling from school to her home, we thought that the future of the students back in Swat, especially girls was simply over. But, we were wrong. And this could be seen from the largest science fair that kicked off at Swat Valley and became a huge success within the city! The Swat Science Festival was set at the Khadee Hall in Saidu Sharif on Tuesday, ending up on Wednesday night and showcasing the raw talent of the young students that were enthusiastic to invent something scientific in the fair.

This creative talent was extracted by more than 6,000 students from both government and private schools, which included an estimate of 5,000 boys and 1,500 girls.

Believe it or not, but this quite a huge number of students ready to participate and put out their dreams of being something good in the field of science was definitely not expected. But, it became a reality. 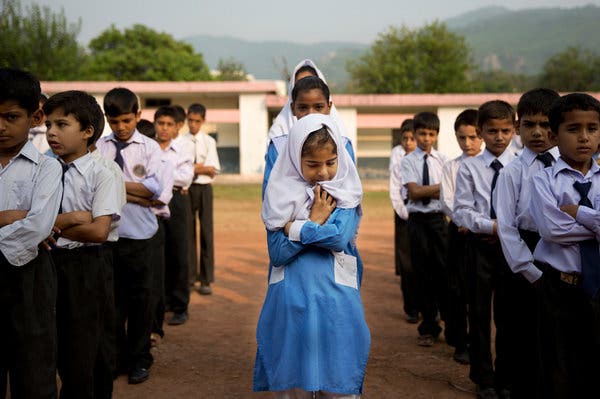 The children of Swat put their minds into work and created many scientific models, inventions, and crafts. The highlight among those were the models based to solve the problems of Swat such as the water and gas issues, constant load shedding, infrastructure and more. These models portrayed that the children could not wait to grow up and fix these problems of their district themselves.

The festival held by the Education department of Swat called Udhyaana, and Pakistan Alliance for Maths and Science made not only make the district of Swat, but the whole nation proud of the students residing there.

With the growing interest of the students towards education in Swat, we believe that Swat is recovering rapidly. Although the literacy rate of the district is still very low, yet we can’t stop keeping our hopes high from the city, and having faith in the fact that the growing awareness towards the importance of education would lead them to become well-educated.

Swat Valley was on the verge of violence since years that kept the children, especially girls away from education for years. But with the successful science fair this year, we are certain that the fear in the hearts of the people residing in Swat would fade soon.